FROM CONCEPTS TO RACE WINS

Zytek have been designing high-performance vehicle systems for motorsport since 1981, specialising in electronics and electrification.

Our clients have enjoyed a great deal of success with the race car technology we have developed and integrated into their vehicles, for example:

SEE OUR MOTORSPORT HISTORY
Previous
Next

COMPLETE MOTORSPORT SOLUTIONS FOR ALL

FROM F1 TO ENTHUSIASTS

As a specialist motorsport engineering company we offer the highest performance bespoke service solutions for top tier clients, we also have many ‘off the shelf’ products and solutions making much of our technology within reach of a much larger market.

So whether you need to push the boundaries to find a brand new solution, need to tailor existing technology for your needs, or just need advice on how to best utilise our existing high performance technology, we have a solution for you. 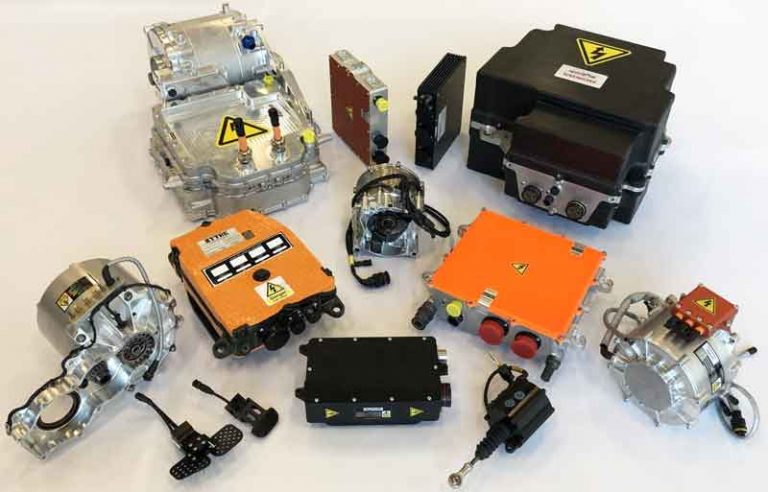 We specialise in developing electric and hybrid vehicle engineering solutions and vehicle electrification, either from scratch or ‘off the shelf’, such as:

Offering the full range of race car services for your motorsport project, from concept, to manufacture, to track testing, support and servicing. Areas of expertise include:

Helping you at all stages of the vehicle electrification process, from initial design and modelling, to manufacturing and assembly, to testing at our in-house facilities and track. Applications engineering to provide technical expertise and event support.
ELECTRIFICATION SOLUTION

Providing bespoke and ‘off the shelf’ solutions for all of the EV propulsion systems, from energy storage and power conversion, to the motor and related controllers.

The e-drive system is the centrepiece of a battery-electric race car, including the power electronics, electric motor, transmission and battery. We can help you create an integrated e-drive that is most suited to your performance requirements and budget.

ADAS in motorsport increases both driver and spectator/marshal safety, as well as reducing costs via a reduction of accident numbers and severity. We can help you create an integrated ADAS system that suits your budget and application.

When did you start creating motorsport solutions?

Our first engine management system was manufactured in 1984 for the Toleman Hart F1 car.

We are also proud to claim the design and manufacture of the very first digital, re-programmable, microprocessor-controlled engine management system used in Formula 1, and with Ayrton Senna in its first application.

What other successes have your projects had in motorsport?

Our KERS system developed for the 2009 Formula 1 season for the Mercedes/McLaren motorsport team was the only system to enjoy two race wins.

For our motor and inverters, we were tasked with designing, manufacturing, testing and delivering a new race worthy system in six months for one of the leading teams in Formula E, and over 3 seasons achieved 16 race wins, plus 4 out of 6 drivers and manufacturers championships.

For our DCDC Converters, in Formula E Season Five we provided a dedicated, designed for purpose highly efficient DCDC converter which ran faultlessly for over two seasons.

One of our energy recovery systems was used by Honda in the Super GT racing in Japan in the Super GT 300/500; and in 2013 became the very first hybrid system to enjoy a championship win outside of Formula 1.

What design capabilities do you have?

To assist the design process we utilise some of the most advanced 3D CAD and modelling tools.

What EV solutions do you offer?

From creating a new complete electric vehicle, to developing new cutting edge components, to advising on the best ‘off the shelf’ component for your project, we can help you at all stages of an electrification, or electric/hybrid vehicle project for the track, or road.

What motorsport concepts have you created?

Numerous, from powertrain to chassis and interior concepts, to complete vehicles (such as a electric single-seater with individual wheel motors developed 20 years before the first season of Formula E).

Do your designs consider the manufacturing process?

Do you create motors for race applications?

Yes, we specialise in the design and development of 3-phase, internal rotor, permanent magnet synchronous electric machines for both electric and hybrid vehicles.

What manufacturing capabilities do you have?

Whilst much of the manufacturing of mechanical assemblies is performed by a very close network of specialist partners, we have a range of in-house CNC engineering and welding centres in-house for tasks that require a fast turnaround.

Do you build your own electronic systems?

We do, the bare PCBs are bought in and then our internal resources produce the finished components.

There are many performance and ‘business’ benefits to hybrid systems in motorsport, from improved powertrain and vehicle efficiency, to instant acceleration and improved performance, as well as reducing engine ancillary components, and much more.

Do you only offer bespoke solutions?

No, we offer a range of high performance ‘off the shelf’ motorsport products and components.

For information see our ‘off the shelf’ products page.

For Honda we developed an energy recovery system which was the first hybrid system to achieve a championship win outside of Formula 1 and was used in Super GT racing for many years.
VIEW HONDA CRZ CASE STUDY

Selected by Mercedes/McLaren to develop their KERS hybrid system for the 2009 F1 season, our system was the first to enjoy a race win, and the first to win two races, all with 100% reliability.
VIEW FORMULA 1 CASE STUDY

For a leading Formula E team we supplied the motor and inverters, enjoying sixteen race wins and four out of six drivers and manufacturers championships over three seasons.
VIEW FORMULA E CASE STUDY

We use cookies on our website to give you the most relevant experience by remembering your preferences and repeat visits. By clicking “Accept All”, you consent to the use of ALL the cookies. However, you may visit "Cookie Settings" to provide a controlled consent.
Cookie SettingsAccept All
Manage consent

This website uses cookies to improve your experience while you navigate through the website. Out of these, the cookies that are categorized as necessary are stored on your browser as they are essential for the working of basic functionalities of the website. We also use third-party cookies that help us analyze and understand how you use this website. These cookies will be stored in your browser only with your consent. You also have the option to opt-out of these cookies. But opting out of some of these cookies may affect your browsing experience.
Necessary Always Enabled
Necessary cookies are absolutely essential for the website to function properly. These cookies ensure basic functionalities and security features of the website, anonymously.
Functional
Functional cookies help to perform certain functionalities like sharing the content of the website on social media platforms, collect feedbacks, and other third-party features.
Performance
Performance cookies are used to understand and analyze the key performance indexes of the website which helps in delivering a better user experience for the visitors.
Analytics
Analytical cookies are used to understand how visitors interact with the website. These cookies help provide information on metrics the number of visitors, bounce rate, traffic source, etc.
Advertisement
Advertisement cookies are used to provide visitors with relevant ads and marketing campaigns. These cookies track visitors across websites and collect information to provide customized ads.
Others
Other uncategorized cookies are those that are being analyzed and have not been classified into a category as yet.
SAVE & ACCEPT